On January 15th (actually the 16th at 3.00am) we got back to Panama, where we spent the following day making provisions for the next two months on board.

After a long bus ride to Panamarina, we finally got back on board of Zoe. We were quite anxious about the conditions of the boat since some of our friends had the unpleasant surprise of finding mold covering the whole interiors while leaving the boat unattended without a dehumidifier. Since we did the same even though only for one month, we were quite pleased to find out that everything was fine, even if on the edge. Some smell of mold was already slightly perceivable.

On January 18th we set sails toward the San Blas, even if we made a “technical” stop in Linton Bay to mount all the spares we purchased back in Italy, including some improvements for the desalinator, alarms for the bilge pump, and so on.

While at the anchor, we were patrolled by a small shark all day long. It look quite innocuous even if we did not test it first hand!

After a few days we sailed to Nuinudup, one of the Eastern Lemmon Cays, where we already anchored back in November.

Since our arrival in Panama, the weather was still fairly unstable, despite the start of the dry season. Quite often we experienced showers and anyhow we never had a whole sunny day. Nevertheless, the trade winds (Alisei) set in blowing constantly from NNE at 15/20 knots. That allowed us to always sail between islands without ever using the motor.

On January 23rd we started exploring new islands, beginning from Los Grullos, Gunboat Island, anchoring in the late afternoon in front of Isla Maquina, where we planned to attend the “Congreso”, or town hall, that is a gathering place for villagers most evenings. We were introduced to the Congreso by Venanzio, a transvestite, mola maker, who was the first Kuna person we met back in Chichime. He kindly instructed us about the proper dress code and accompanied us to the Congreso meeting. The “Saila” (the chief of the village) was already swinging in his hammock, the sign of power in the Congreso. He was accompanied by an “Argar”, an “interpreter” who applies the Saila’s wisdom to the current situation. In this case the Saila was giving a judgement for a case of aggression by two Kuna’s toward some tourists in the mainland. After one hour of long sacred songs, he emitted his sentence to send the aggressors in jail in Nargana.

Every village has a Congreso that is hosted in an oversized hut, with some hammocks in the center and wooden seats all around. Women sit most closely to the Saila. We noticed that many of the women, including Venanzio, were sewing molas with the support of a headlight while attending the session.

We realized that it is not rare to meet Kuna men who are transvestites. We were told that, due to the matrilinear character of the Kuna society, families without female descendants grow their last son as a female. 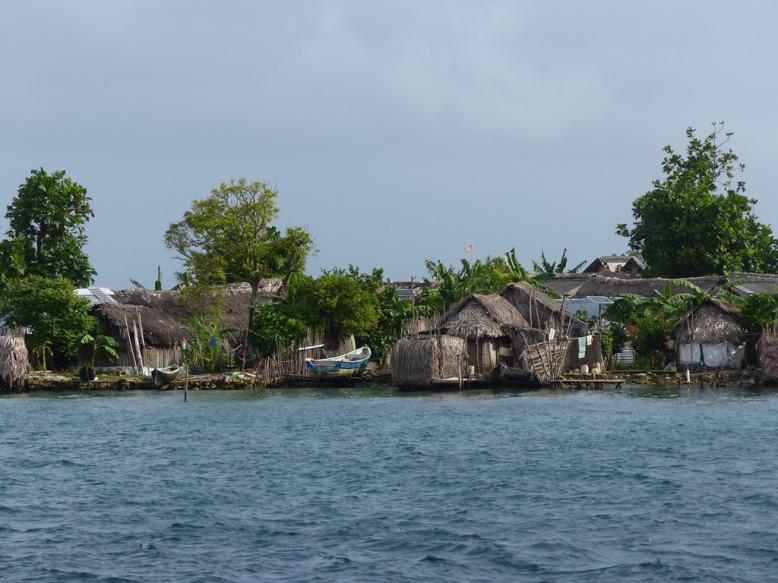 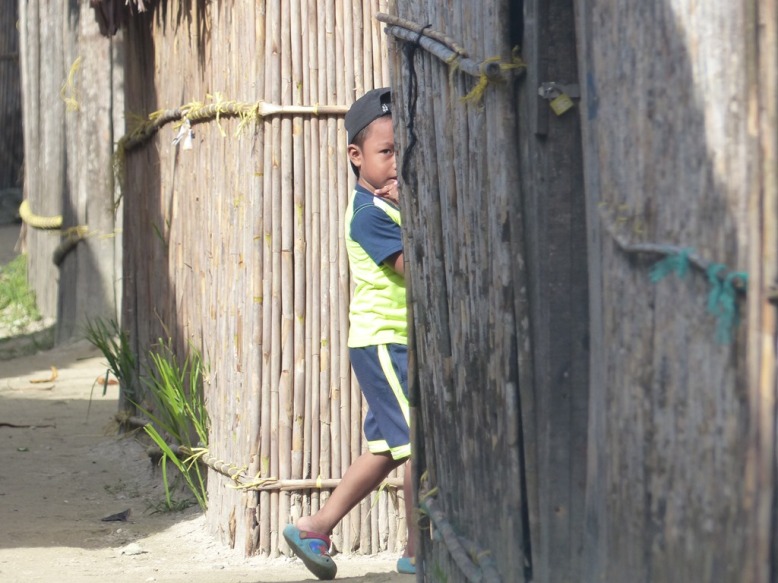 3 thoughts on “Back to Panama”